Different types of journalism have different challenges. In investigative journalism, the reporting is hard but the writing is (relatively) easy; once you’ve finally wrung the facts out of folks who didn’t want the truth brought to light, all you really have to do is state what you found. Science journalism is the other way around: the reporting is usually pretty easy, but the writing can be extremely hard.

Scientists love to talk about their work. Explaining what they said to an audience of non-specialists, however, can be pretty tough.

So one part of my job, interviewing sources, is normally straightforward. That’s not to say there are no challenges, though, and over the years I’ve found a few little optimizations that help a lot. Here, in the second post of my workflow series, I’ll share my tips in case anyone else finds them useful.

Often, the biggest difficulty in interviewing a scientist is just scheduling a time to do it. In the notes file of every sourced story I’ve worked on, there’s at least one section titled “Phone tag log,” where I keep track of the sometimes-epic journey leading up to each interview. Sometimes it’s very short: I emailed Dr. Smith on this date, they replied immediately, we scheduled the interview for this date and time, it actually happened then, and I got all the information I needed for the story. I still put that section in the notes, though, because I didn’t know at the beginning that it would all go so smoothly.

Indeed, there’s usually at least some back-and-forth about dates, times, and other details. Occasionally, I also encounter researchers who just can’t be bothered to answer their emails. That’s why my second email requesting an interview generally includes the phrase “will follow up shortly with a phone call.” And then I do.

Ahead of the interview, I do a bit of homework, reading recent papers from that scientist’s lab, looking through their CV, and seeing whether there’s any other information about them online. Between my background research and the needs of the story, I generate a preliminary list of things to ask about.

That list is very terse. I’ve found that a detailed set of questions tends to produce specific answers, which may or may not reveal the most important information. Instead, I want to guide an open-ended discussion. I’ll still phrase them as questions, but they tend to be very broad: why did you take this approach to the problem, what previous work led you to investigate this phenomenon, what were the biggest technical hurdles you had to overcome?

My goal is to prod the source into a wide-ranging monologue about what they’ve done, why they did it, and what they think it means. They know their field a lot better than I do, so instead of starting from the things that looked interesting to me from the outside, I want them to show me what they think matters. This almost always reveals at least one or two items I never would’ve thought to ask about, and sometimes it opens entirely new angles for the story.

Regardless of what else I ask about, I always include a question at the end of the interview along the lines of “is there anything else you’d like to add?” It’s possible that even with my open-ended questions and encouragements for the source to digress, I may have missed some entire topic that would’ve been good to include. Frequently this yields nothing but “nope, I think we’ve covered it,” but on the rare occasions that my final question hits paydirt, it can transform my whole understanding of the story.

There is one very specific question I always ask at the beginning of the interview, though: “do you mind if I record this?” I’ve never had a working scientist refuse outright, but when I cover science policy, government officials and lobbyists often need to negotiate some details about how I’ll use the recording. Once they understand that it’s strictly for my own use, and that I’m willing to provide them with “readbacks” of any quotes I’m going to use from the interview before the story goes to press, they’re almost always fine with it. 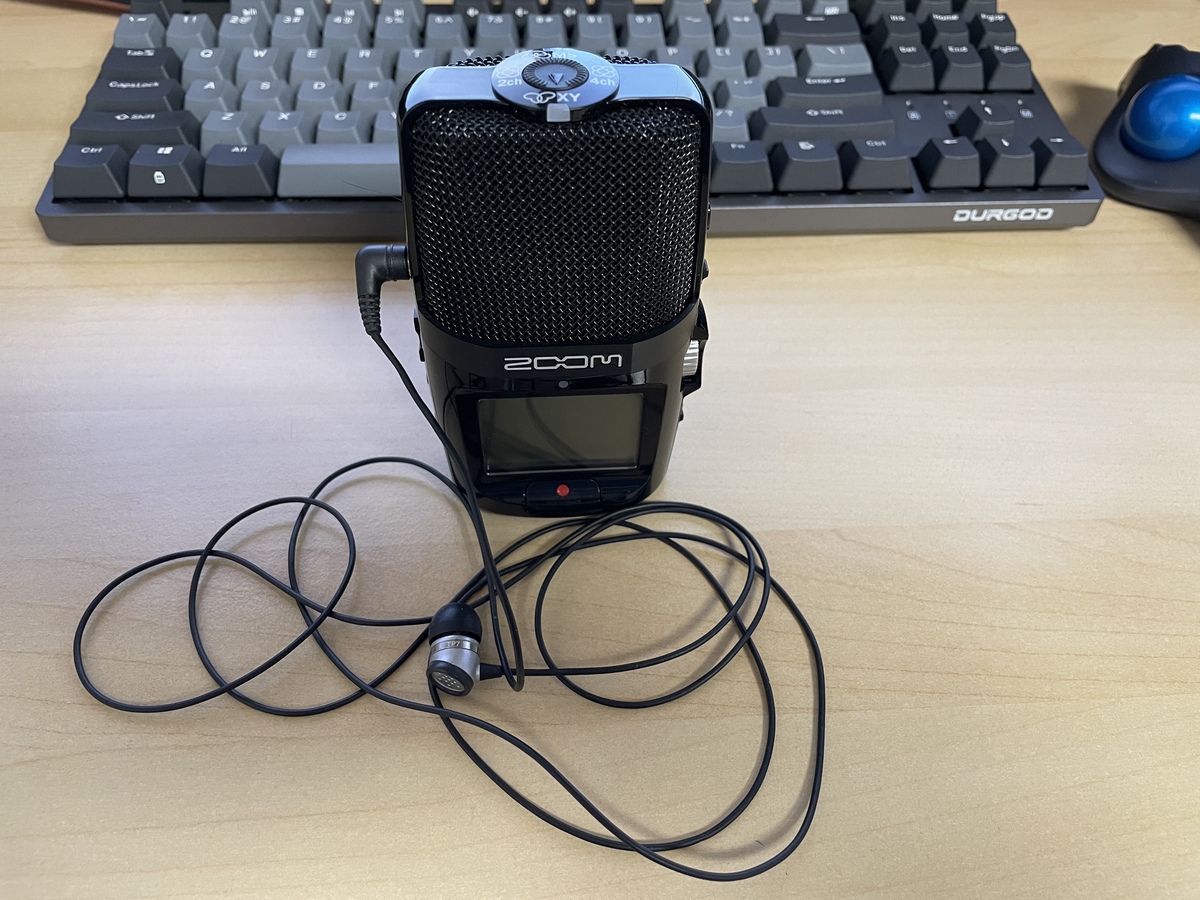 One of my interview recording tools.

The reason I start with this potentially off-putting question is twofold. I want to be completely transparent about this being an on-the-record interview, and I don’t want to run afoul of any state or international wiretapping laws. While those laws often have specific exemptions for journalists, they vary. If both parties consent to the recording, though, it’s always legal.

My recording technology has evolved over the years. For phone interviews, I use a Zoom H2 digital recorder with an Olympus TP-7 telephone pickup. The Olympus mic is an extremely clever design: you put it in your ear, then hold the phone up to that ear. It then picks up everything you hear. That means it doesn’t matter what kind of audio adapter your phone uses, or how it routes its audio internally, and because the mic uses a standard 1/8" plug, it’ll work with any kind of recorder.

Videoconferencing applications can be a little trickier. While there’s supposed to be a built-in recording feature in Zoom, it only works for the call host, and even then it isn’t completely reliable. Instead, I use OBS Studio software on my desktop computer, with a simple audio recording profile that captures everything coming through the computer audio system.

Once I’ve talked to a source and recorded the conversation, I now use the amazing automated transcription service Temi to turn the audio into text. Before Temi, I muddled through with a combination of manually recorded time stamps in my notes, and a whole lot of fast-forward and rewind to find specific quotes. Getting a transcript minutes after finishing an interview has been a huge help, and while Temi isn’t free, its price is far less than the value it’s added to my workflow.

With the interviews done and the transcripts downloaded, I’m ready to move on to the hard part of my job. I’ll talk about that in the next post in this series.